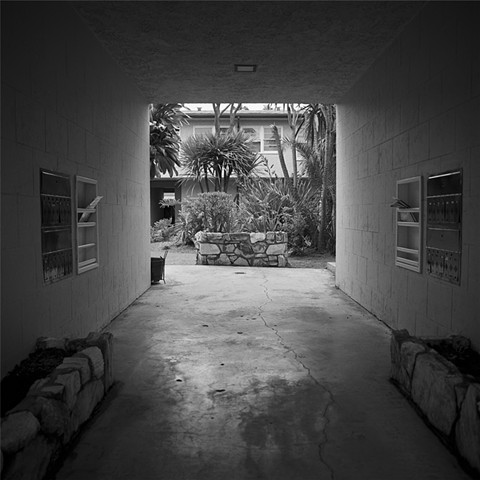 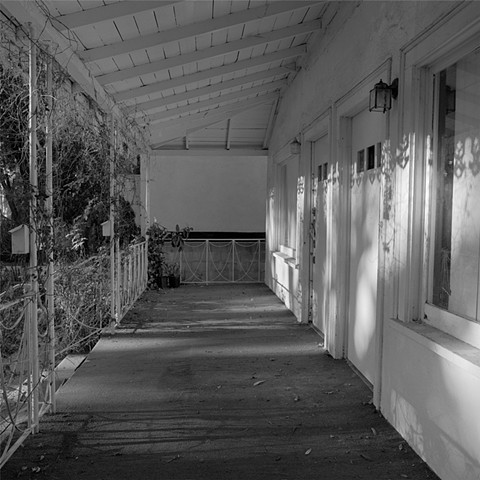 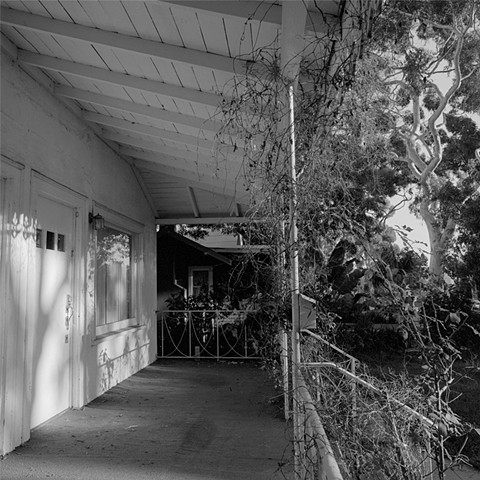 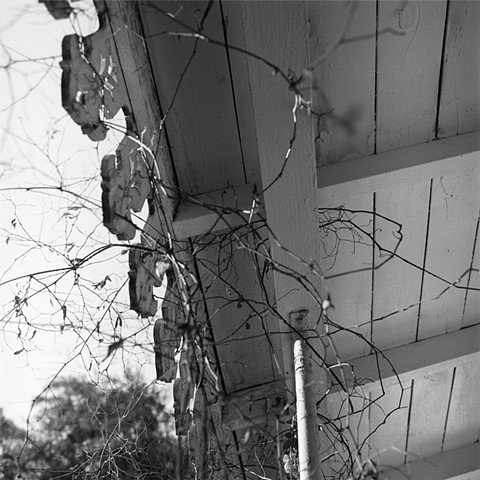 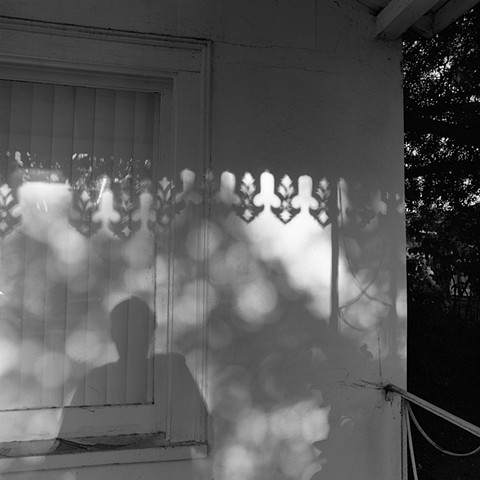 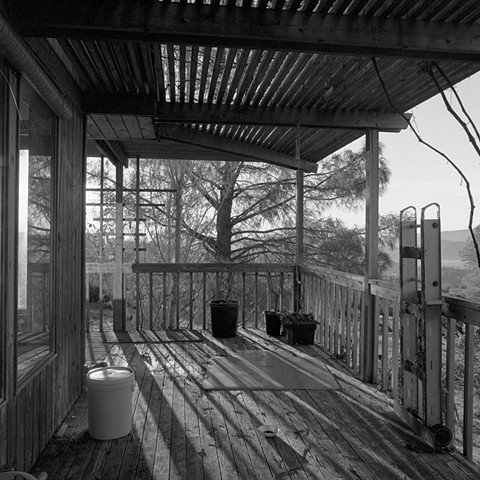 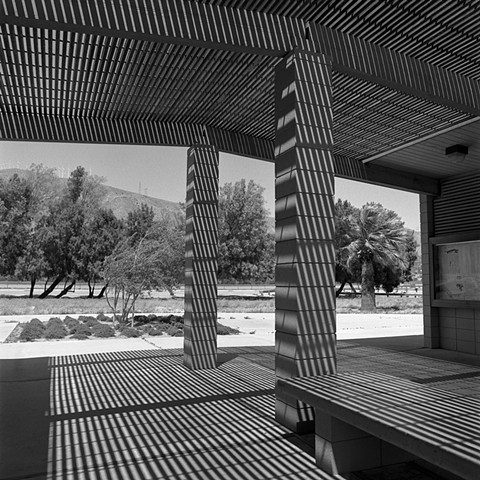 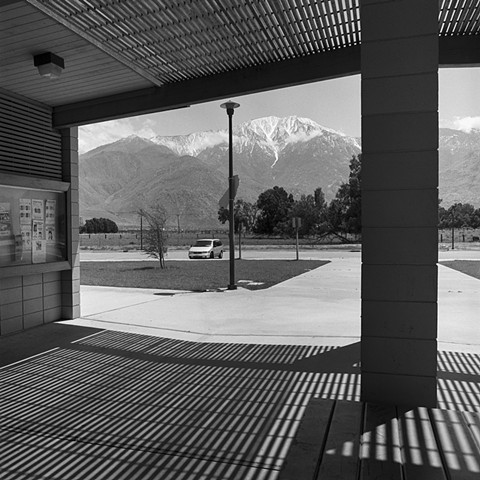 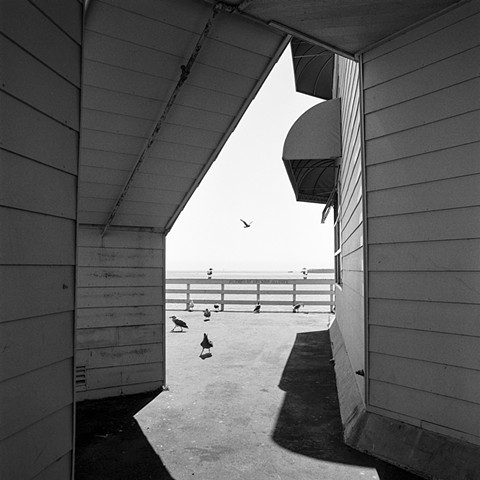 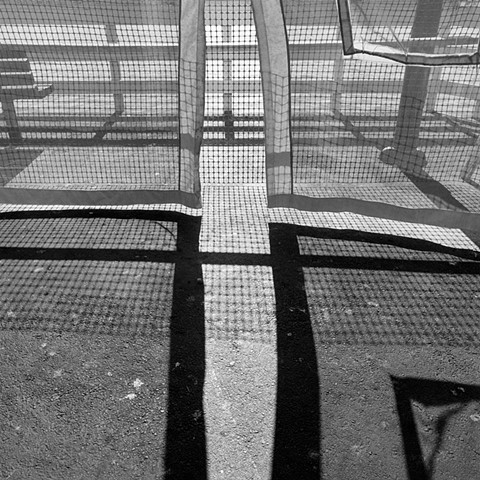 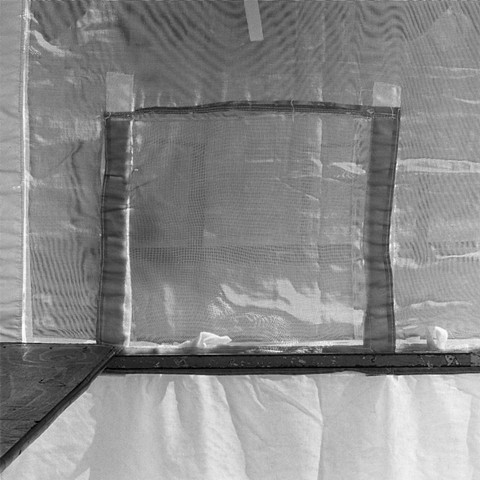 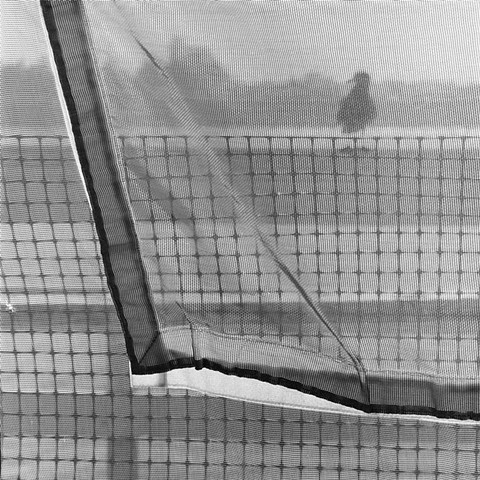 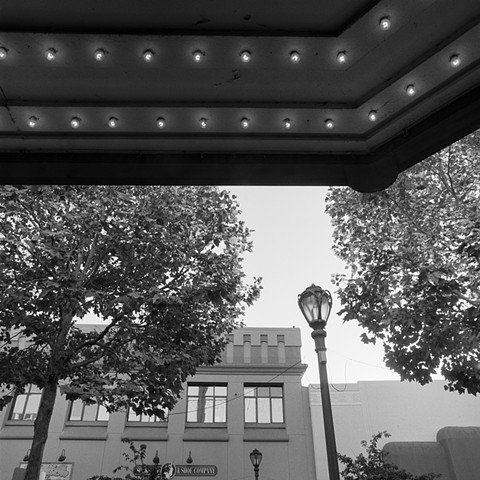 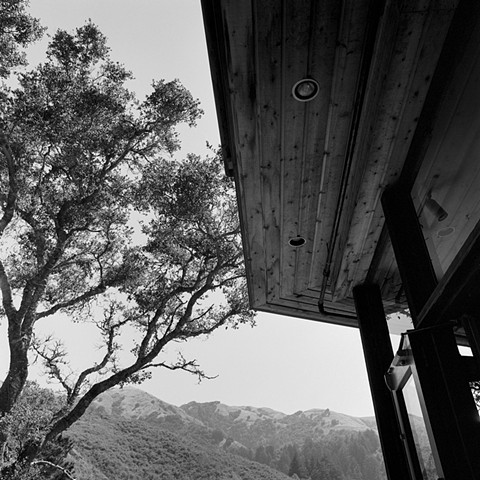 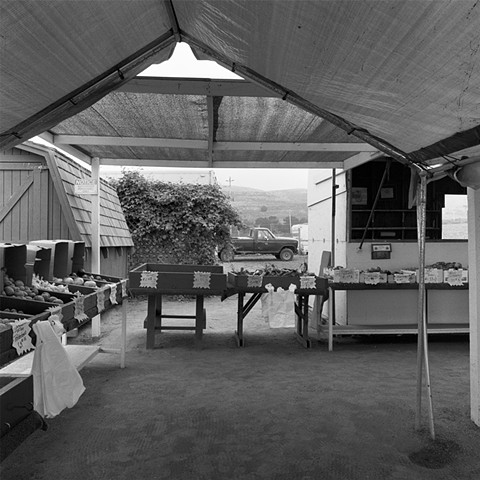 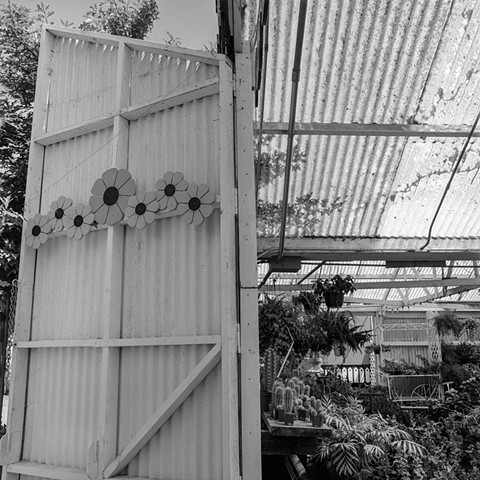 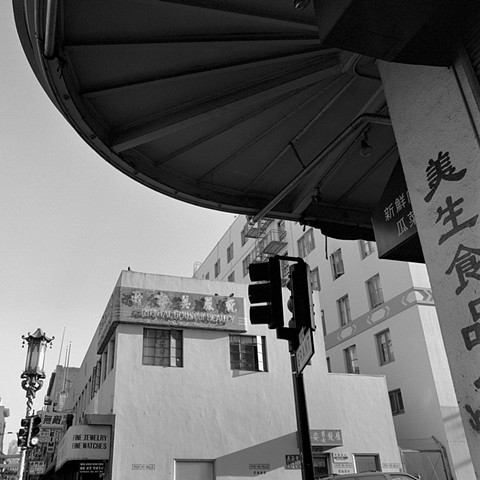 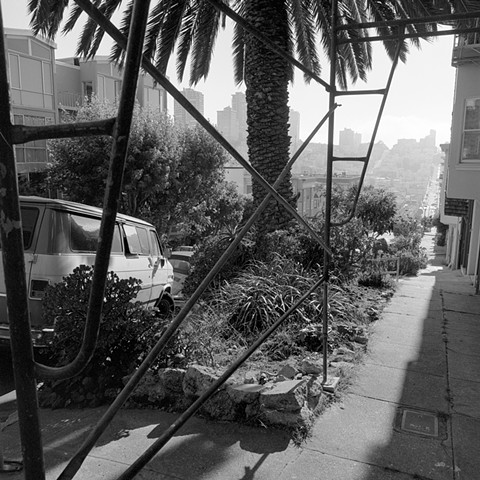 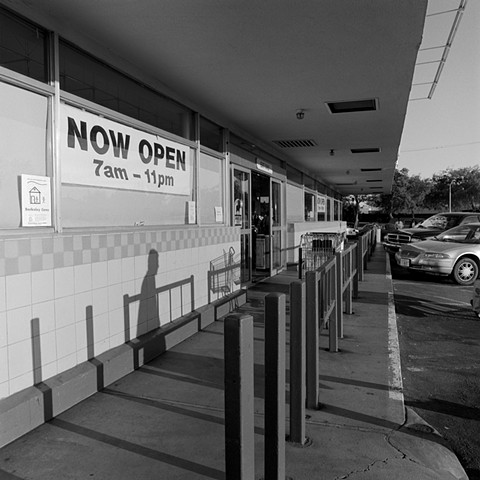 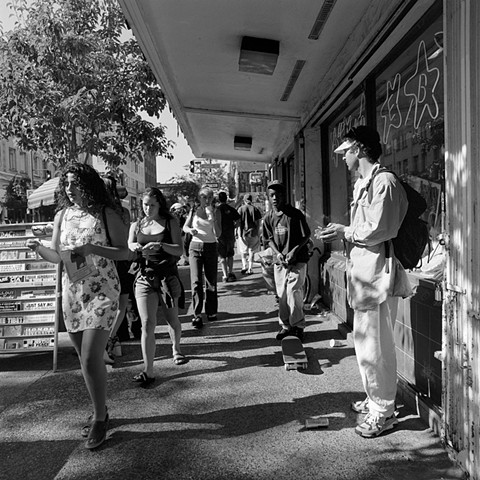 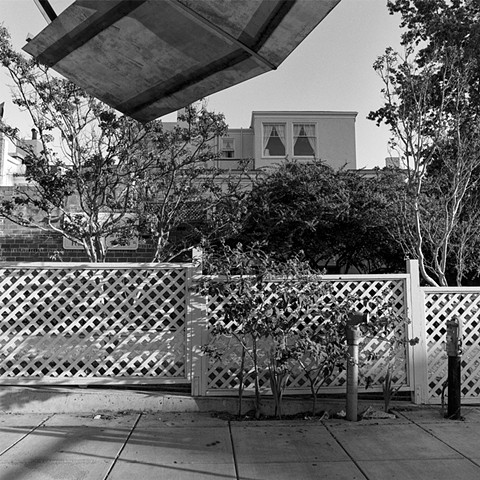 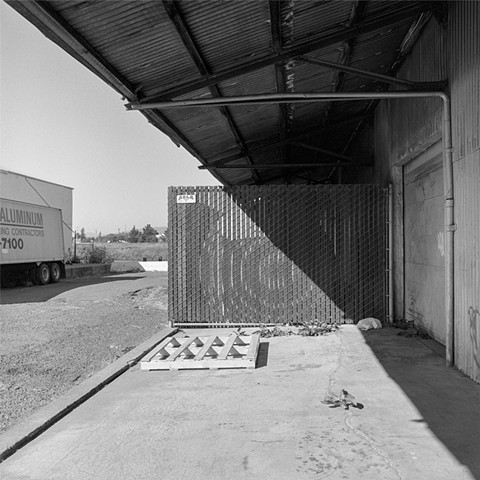 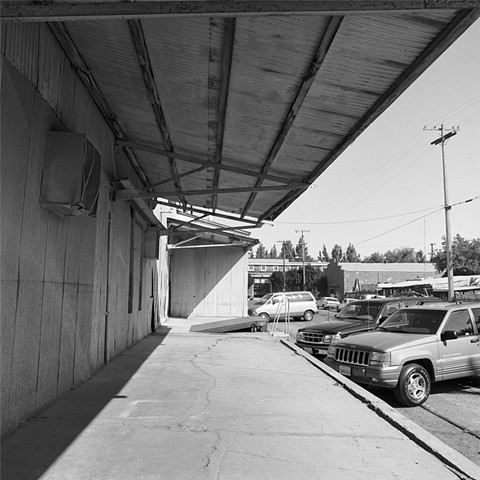 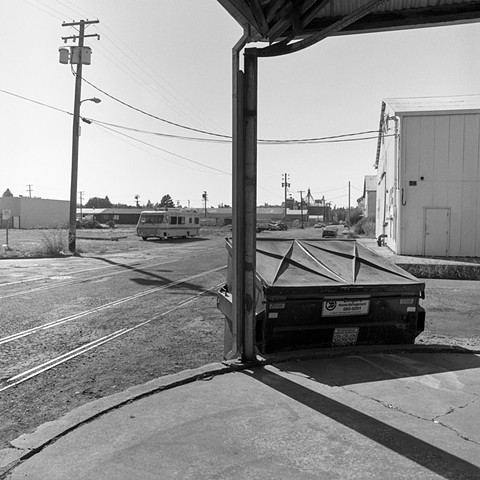 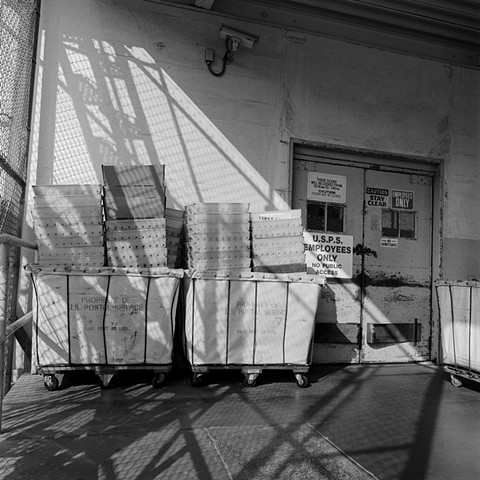 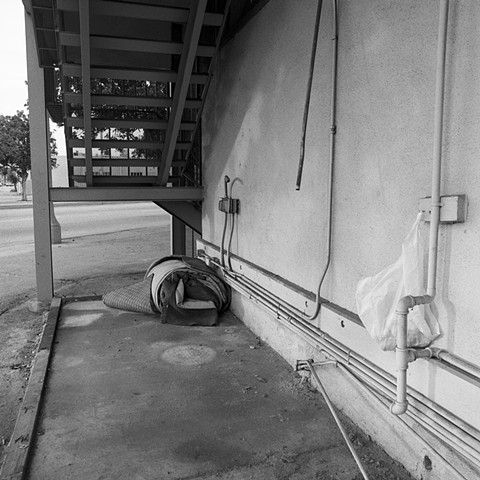 Threshold Spaces is a series of photographs made from vantage points neither exclusively inside nor outside, but rather between - any area partly open and partly closed. I was not pointing my camera at, but rather working from within these spaces of passing and pausing. I set up this restriction so as to short-circuit my habitual patterns of seeing in the hopes of revealing fresh perspectives in new situations.

We are always within one sort of threshold space or another. The Tibetan Lama, Tenzin Jamphel, once put it this way: “Bardo is here, and all of existence is within the bardo movement.” The word “bardo” means intermediate state. It can refer to the intermediate state between being born and dying; between falling asleep and waking; between one home and the next; between one life and the next; one moment and the next. Threshold Spaces attempts to address this in-betweenness and move with the changes, because that’s all there is. Ironically, the photograph fixes a moment , a series of moments, or a duration of moments in time/space. Yet the photograph is not just a copy of what was. It is something new - both a record of deep seeing and an invitation to imagine or contemplate.

This series was made in California from 1997 through 1999, shortly after I had returned from living abroad for twelve years. The pictures were taken on walks in Santa Monica and on a photography road trip through Big Sur to Santa Cruz, San Francisco, Berkeley and Petaluma. At the time I was teaching at UCLA as an adjunct lecturer and both Steve Lehmer and James Welling were highly supportive of this body of work. To them as well as John Goss, John Roevekamp and my wife Simone, I am most grateful. All the photographs were made with a Hasselblad medium format film camera. I have only recently found the time and circumstances to re-examine and scan the choicest negatives so as to make them available to a larger audience.