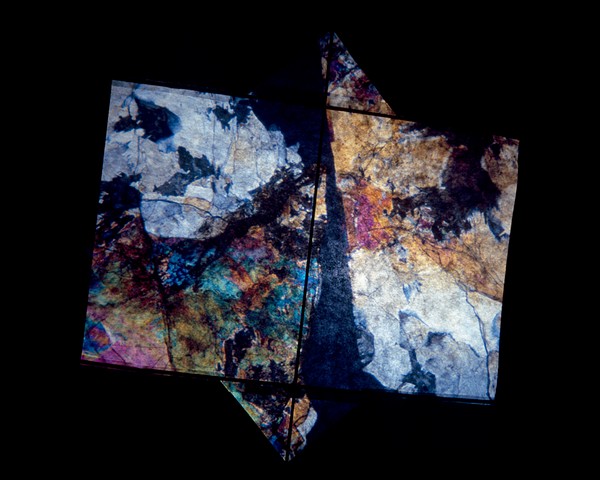 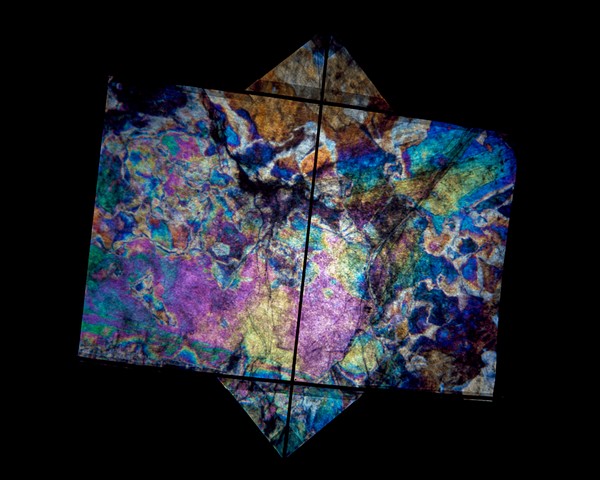 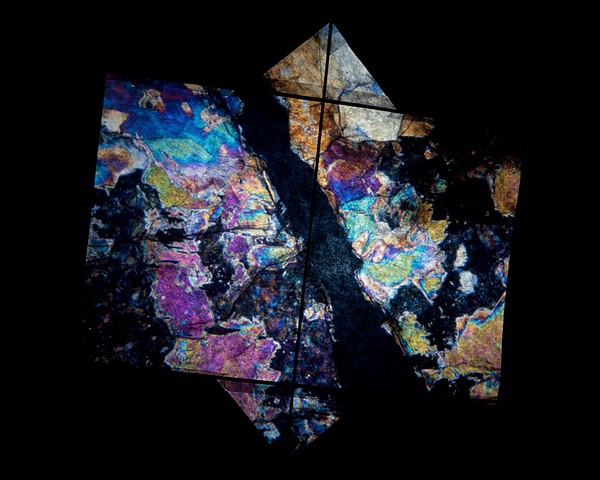 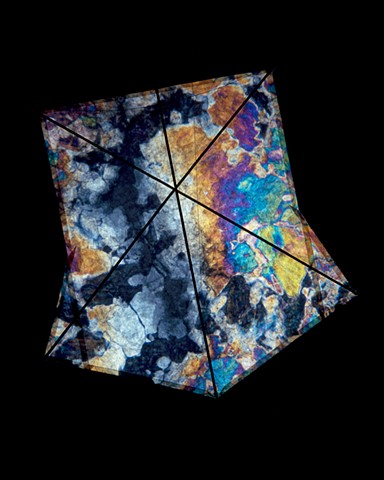 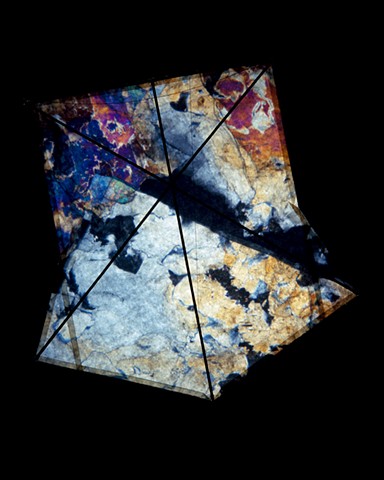 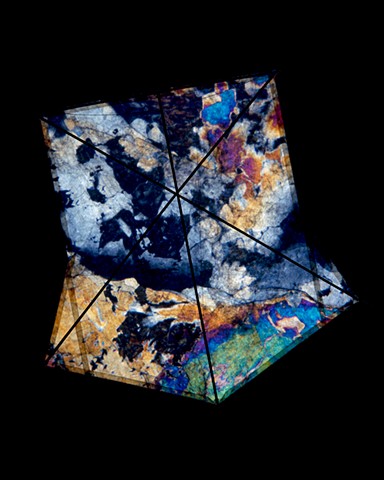 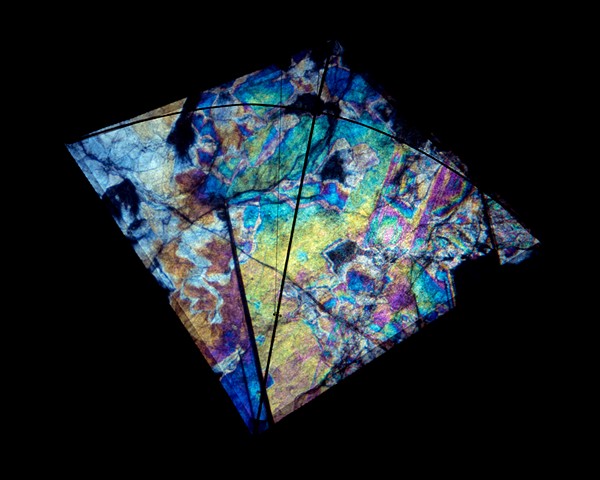 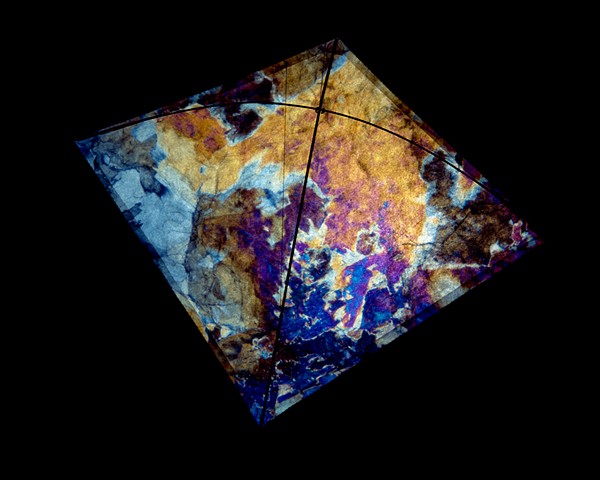 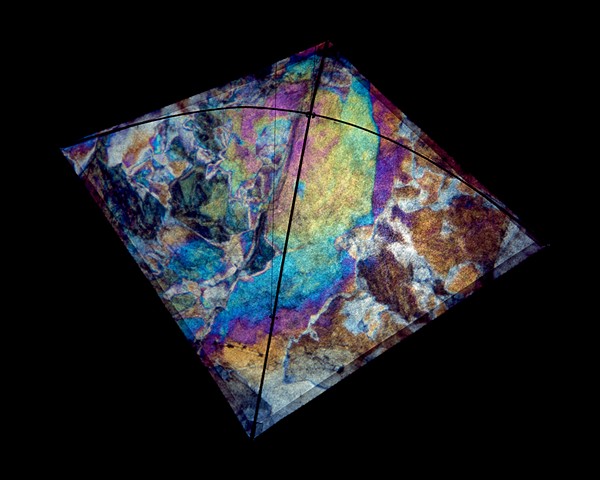 I first became aware of the beauty of polarized projections when I was a graduate student at Cal Arts in the early 80's through the genius of my mentor Jim Pomeroy. He utilized polarized projections of common objects such as plastic audio cassette covers, etc. within the context of haunting and humorous performance works. Some years later while living in Basel, Switzerland, I came across a crystal called "glimmer," another name for Lapidolith, commonly known as Mica. I sliced it into thin layers with a razor blade and placed the pieces inside individual glass slide mounts together with polarizing filters. As the light from the projector passes through the filter, then the crystal, then the lens, and finally another polarizing filter positioned at a 90-degree axis to the first filter mounted in front of the projector lens, a miniature opal-like crystal-scape is enlarged in a darkened space. Every slice of the crystal reveals a different hidden pattern that cannot be anticipated in a determinate manner. For many years thereafter the question remained how to move forward with this discovery. The energetic rawness and glowing color palette intrigued me, but I could not settle on a surface, either front or rear to project onto that seemed meaningful.

A few years ago I learned how to make Japanese kites. I have an ongoing project called "Memorial Kites" that entails printing portraits of friends, family, and teachers who have passed away onto washi (mulberry and hemp) paper. The kite is the frame, the sky the gallery, so to speak. One night while lying in bed it occurred to me that instead of printing I could rear project the mica slides onto paper kites and then photograph them in a controlled studio space with my 4x5 view camera.

Color does not exist as an inherent property of the achromatic crystals and white kites. An interdependent arising of a number of causes and conditions produce color in the mind. The imagination takes flight. In these images the earth, fire and space element come together visually and emblematically. In Vajrayana Buddhism the female principle is associated with the elements earth, water, fire, air and also space as "sky dancers," otherwise known as dakinis — embodiments of wisdom awareness who confer enlightened activities on the meditator. As some of the traditional kite designs are fighter kites, I suppose you could say they are semi-wrathful in character.

These images are an offering, the making of which was a process that stubbornly insisted on being realized. I see them as functioning in the discourse of experimental photography and magical realism.