These images were made in 1990 when I was living in Basel, Switzerland. I constructed white polyhedrons and then projected slides I had made in the early eighties of fire, water, and sky upon them. Also, I projected circles of pure color gels that mixed in unpredictable ways. Then they were photographed with a 4x5 view camera. At the time I was interested in balancing tight control with chance and abstracting within defined structures. Although I used three of the Platonic solids this work bears no allegiance to Plato's "Timeaus," but in a very personal sense relates more to the purification practice of Vajrasattva that I was doing at the time. I didn't expect the viewer to get that understanding from the work, but I did hope that the spirit within which it was made would somehow express that energy. Now, many years later, I still enjoy this work's playfulness. 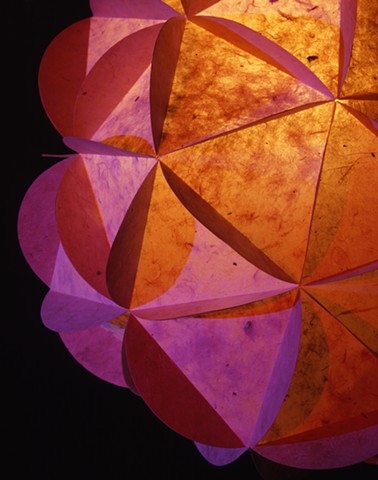 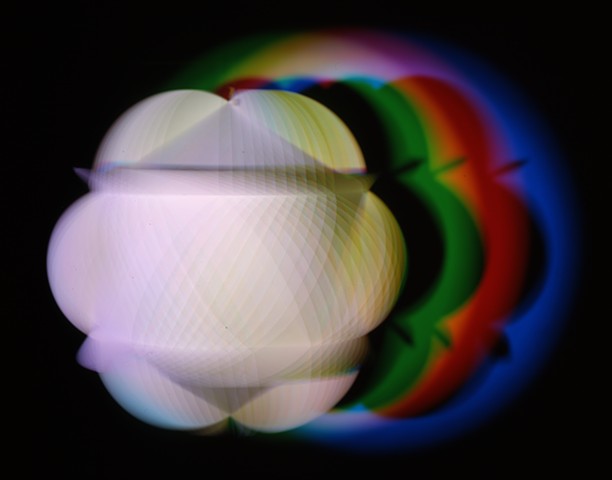 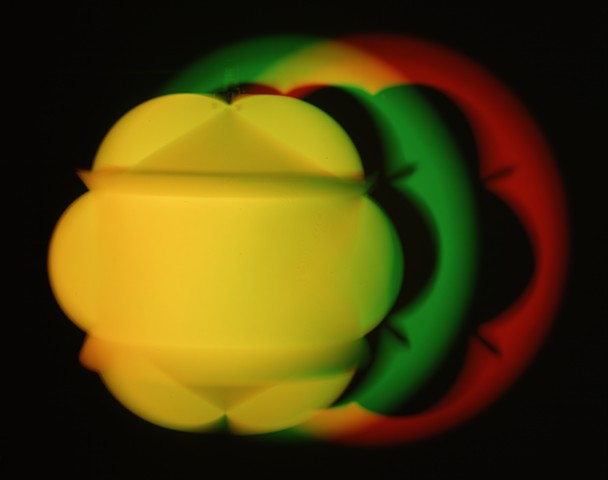 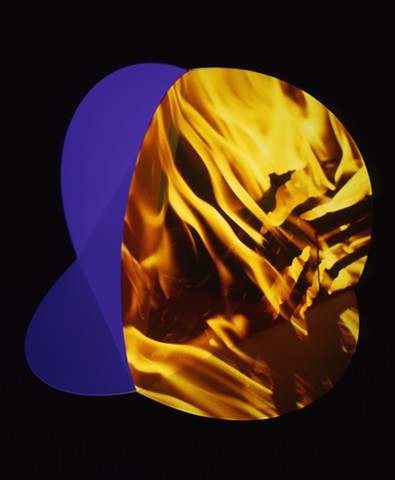 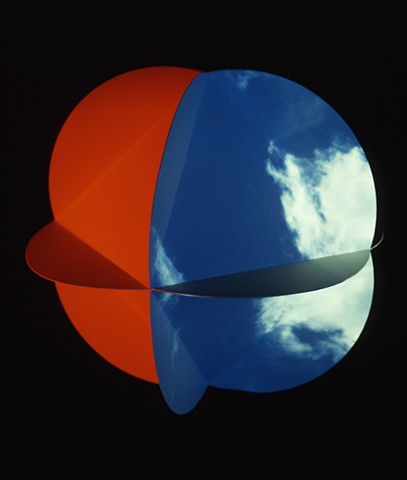 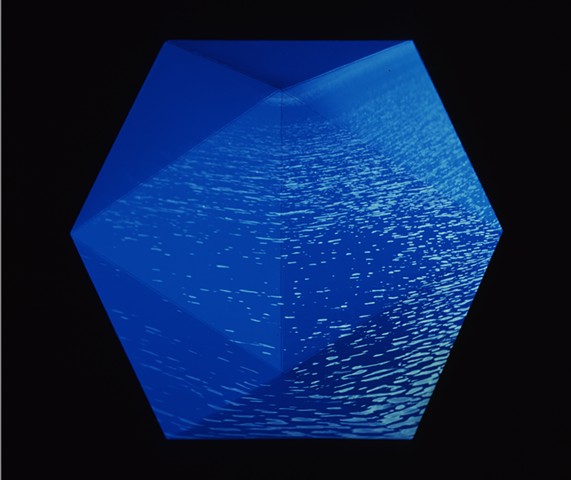