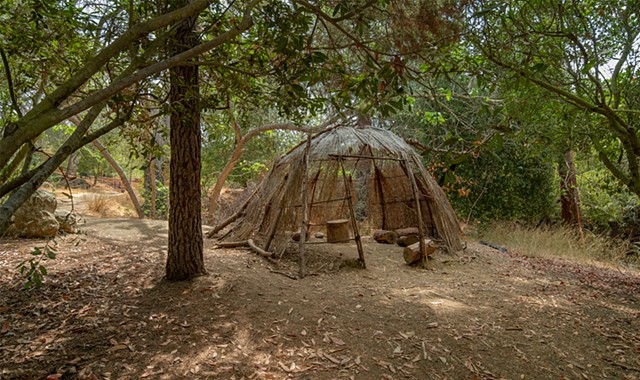 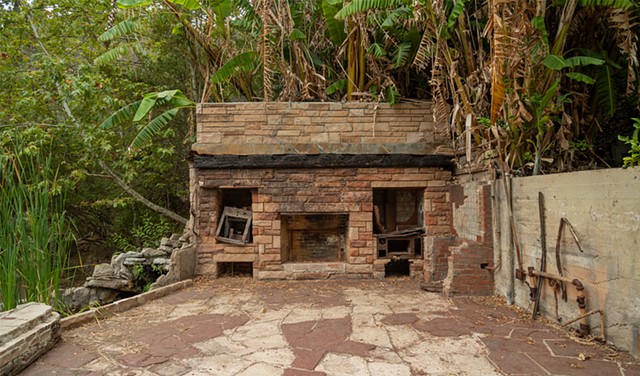 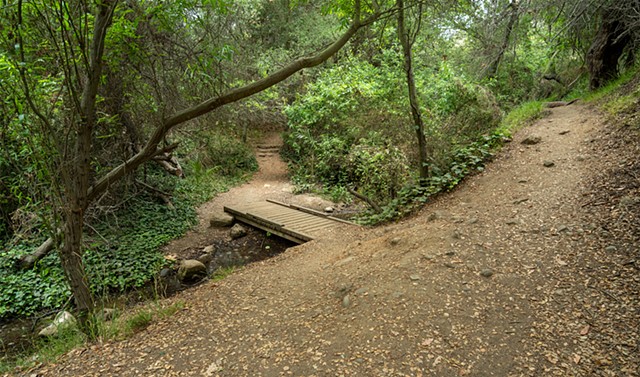 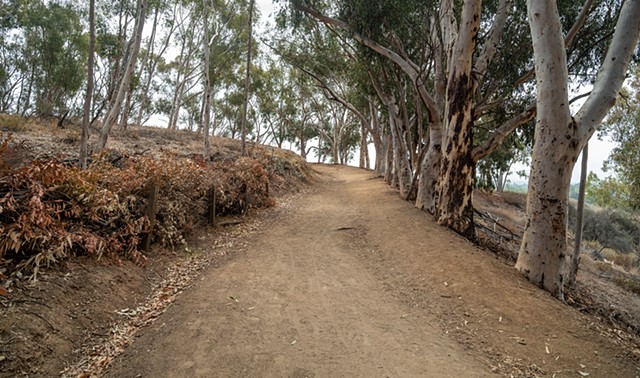 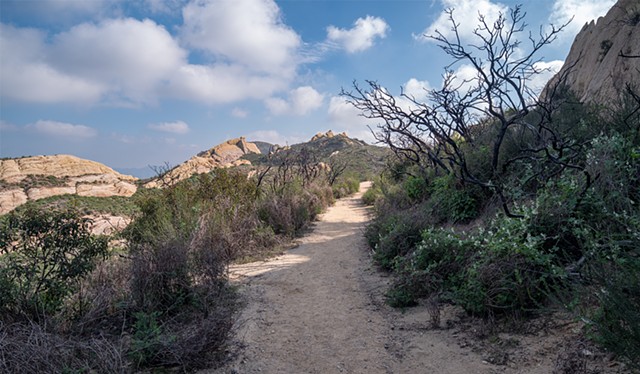 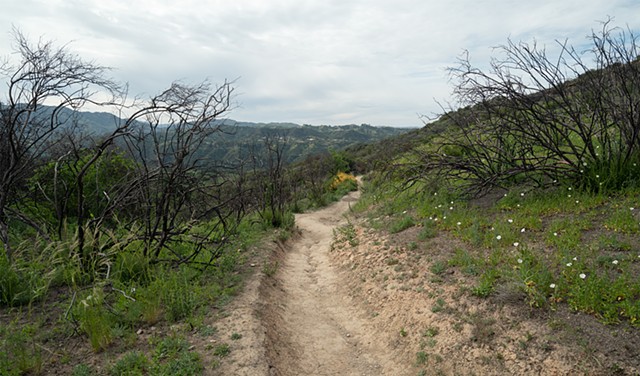 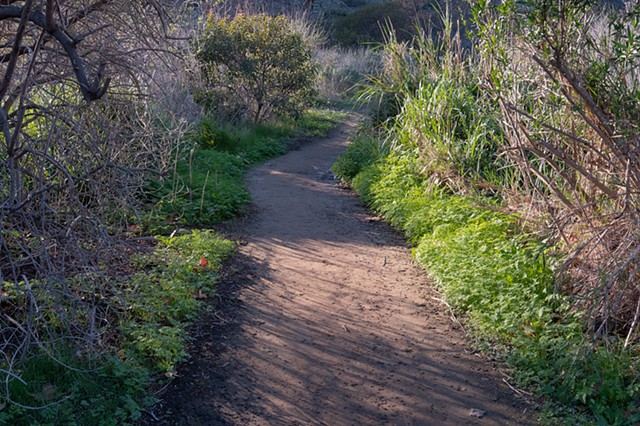 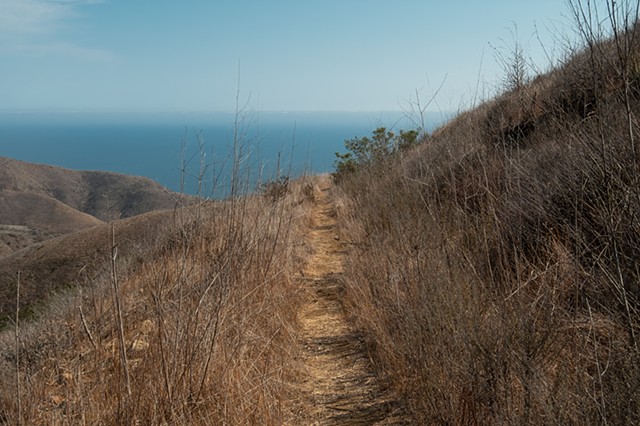 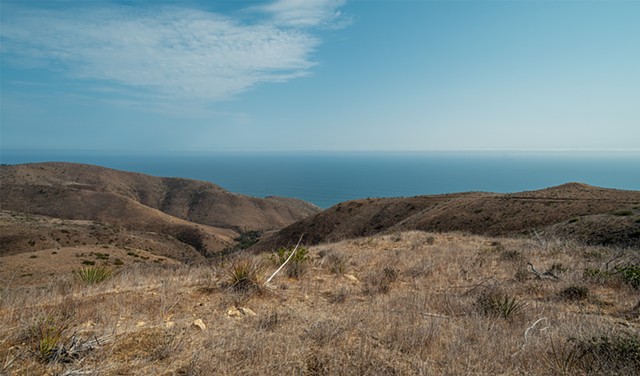 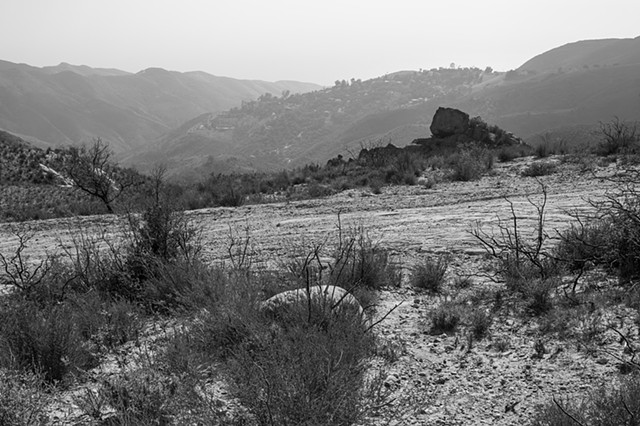 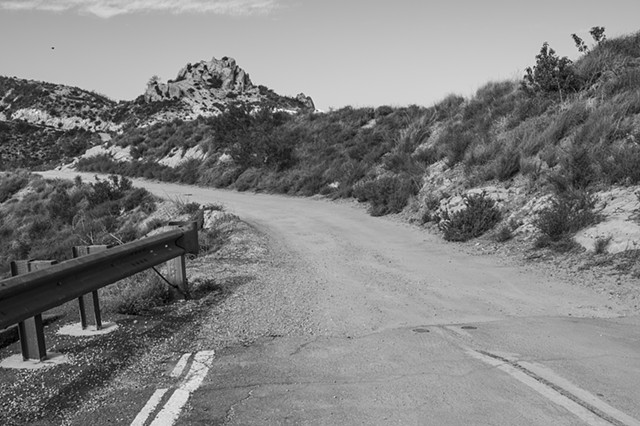 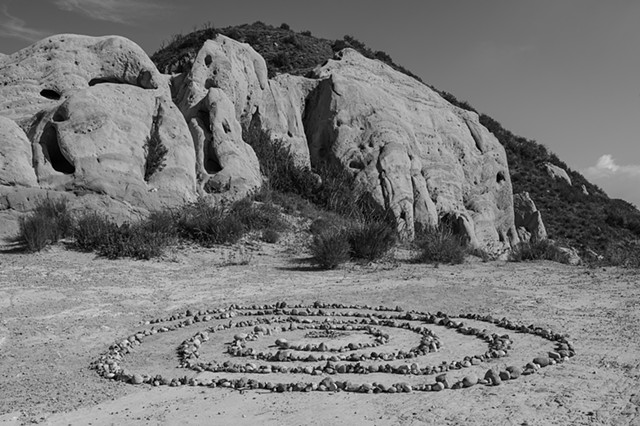 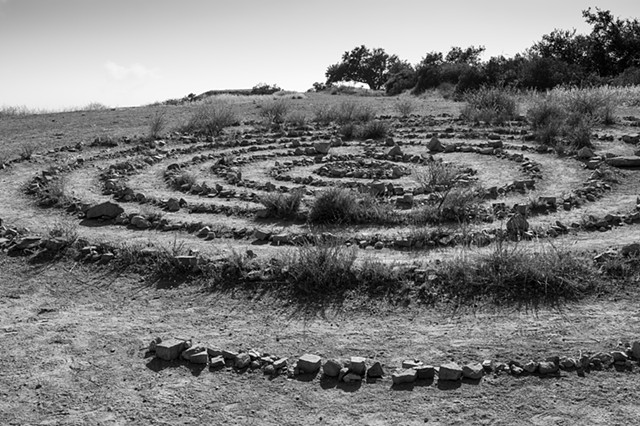 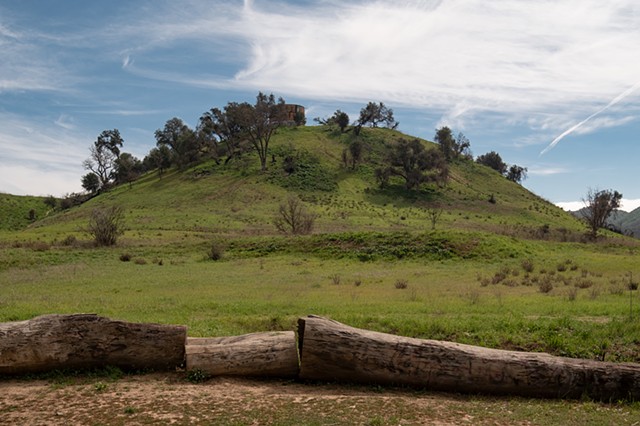 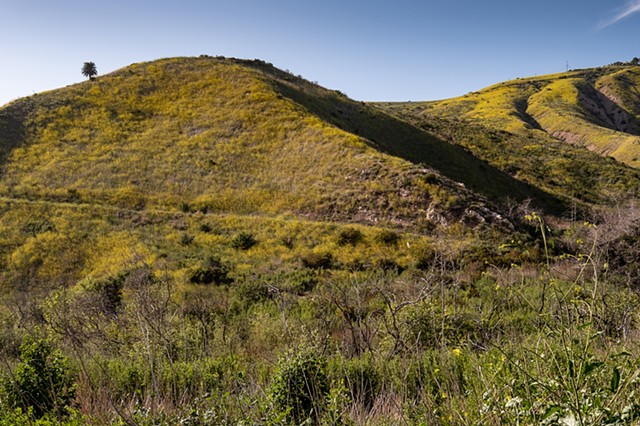 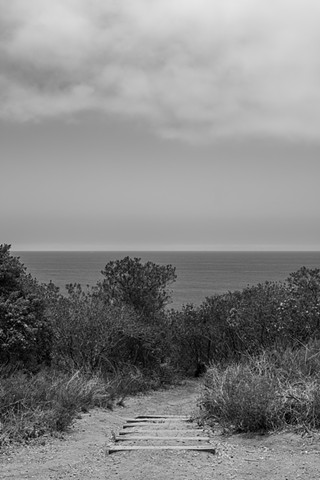 Los Angeles is busy place with a vast population that stretches as far as the eye can see, except westward where one’s gaze greets the sea. One of the few geographic anomalies that interrupt the horizon are the Santa Monica Mountains, stretching eastward to Hollywood and north toward Malibu and beyond. A few people wealthy enough, and brave enough to risk the imminent fire danger live there. Most of us nature loving Angelinos, however, can only visit from time to time. The mountains are close, yet distinctly different from the grid of roads and stretch of freeways that connect a densely populated matrix of urban communities. From where I live, depending on traffic it can take anywhere from fifteen minutes to more than an hour to drive there. It is local, yet somewhere else altogether, the local elsewhere. Like much of the California coastline, the flora is both wild and domesticated, native and imported.

These images were an excuse to roam the many trails that pick up where the paved roads leave off. I did not embark on this project with a predetermined idea of what I might find, except perhaps the path itself.

Technically, they are both color and black and white, stitched and unstitched, to create various aspect ratios. Many of the images combine three or nine images. Unlike most stitched images that coalesce different visual perspectives, these are made by utilizing the rise and shift movements within a single image circle using a Cambo Actus B camera, as an extension of my Fuji digital camera, with Actar and Hasselblad lenses. Consequently, the normal foreshortening and compression of wide-angle and telephoto lenses is confounded in a subtle way. Swing and tilt movements of the Cambo allow for additional enhancements that reorient the picture plane. The size of the prints vary as well, from relatively small to quite large. Usually a series of images does not diverge in these ways because it reads more easily as a series if each image shares a formal continuity. However, rather than impose standard formats and sizes on this body of work, I am letting it grow more organically over a period of time. It’s as if the trail and landscape are my laboratory; a place to both explore and shape images out of the ecology of chaparral in the present moment. In another sense, these photographs document what future fires and global warming are sure to change.